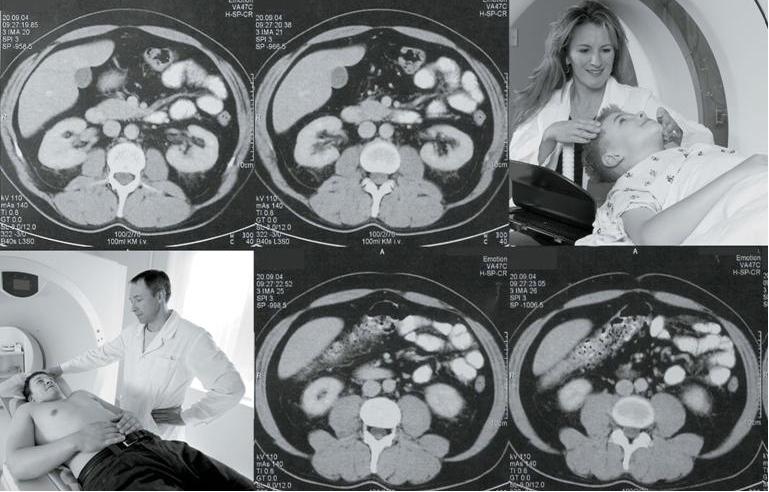 Keith Hentel, MD, likes to tell this story: A young boy fell out of a third-story window and was taken to NewYork-Presbyterian Hospital/ Weill Cornell Medical Center’s emergency department for treatment. Hentel was the radiologist on call.

The emergency physicians wanted a CT scan to determine whether the child had internal injuries. The child’s parents refused the CT because they were afraid of the radiation exposure. “Fortunately, as a radiologist, I was at the scanner and was able to explain to them the risk vs. benefit,” Hentel recalls. As it turned out, the CT scan showed the child had serious internal injuries and required immediate surgery.

According to Hentel, this story is a good example of the fear media headlines have instilled in the public regarding radiation exposure from diagnostic imaging. Partly in response to the growing public awareness and partly of their own volition, imaging professionals have shifted their thinking about image quality and dose. For many radiology departments, the goal is no longer the prettiest picture possible but the highest quality image with the lowest dose that still can answer the clinical question being asked.

Technology is making it possible to do X-ray, CT, and nuclear medicine studies with less radiation. Newer CT scanners make it easier to customize radiation dose according to a patient’s age, weight, medical condition, and the body part being scanned. But unless the imaging department has a “dose reduction culture,” this won’t happen, radiologists leading the way agree.

Leslie Ciancibello, RT(R), CT radiology supervisor at the University Hospitals Seidman Cancer Center in Cleveland, says a low-dose culture can be a major change for radiologists who have been in the profession for some time, making it a challenge to win them over. “The current attendings all grew up learning and training their eyes and their brains to read CT on a single slice and maybe early multislice CT before the Dr Ozs and Oprahs of the world got everyone all hysterical about low dose,” he says. “It’s not that they don’t think low dose is a good idea. It’s just not something they are used to, and they may have to be convinced they can find disease using lower dose.”

So what does it take to implement such a culture in an imaging department and to get everyone from the radiologists and technologists to the ordering physicians and their patients to buy in? It takes leadership, time, education, and persistence, according to Hentel and others at radiology departments where low-dose imaging is an integral part of the practice culture.

Hentel says the first step to creating a low-dose culture is selecting a project champion. “Like with any process, you have to have someone who is passionate about it and interested in quality improvement and quality process,” he says. “If you don’t have someone to spearhead the effort, it’s going to fail.” Ciancibello agrees: “You need one physician who says to his colleagues, ‘You can do this.’ He or she starts to do it, and he or she tells two friends, and they tell two friends and so on and so on. And it becomes standard protocol before too long.” “Having a radiologist who is an advocate for low-dose imaging and who speaks to other physicians about it helps,” adds David Poston, RT(R), RDMS, director of radiology at McLeod Regional Medical Center in Florence, South Carolina.

Without a champion, it can be difficult to maintain momentum, Hentel notes. Inevitably, some people will lose interest, and others will be slow to accept change. Having a champion will help sustain everyone’s interest, he says.

Once a leader has been identified, he or she needs to assemble a team, Hentel says, and should include a radiologist, senior technologist, medical physicist, and possibly the CT vendor’s application specialist. He says he’s fortunate to have an imaging practice “where we have a lot of progressive-thinking people, so putting together a team was relatively easy.”

Also, he adds, having a leader of the radiology practice on the team and visibly involved helps convey the importance of the practice’s dose reduction efforts.

The next step is to track data. Without tracking, it’s easy to lose sight of the goal of implementing the ALARA principle: as low as reasonably achievable, Hentel says. He illustrates his point with this story: His department had purchased a low-dose iterative reconstruction package for its GE CT scanner. “When we first got it, we were all excited about it,” he recalls.

About nine months later, the imaging department wanted to purchase a second scanner with a low-dose technology pack- age. Hentel decided he would compile the numbers to show the board of overseers the savings they were seeing from using the machine and the low-dose technology. To his surprise, when he looked at the data, he couldn’t find any dose savings.

The point is, he says, “If you’re not looking at the data or reviewing the data on a regular basis, you don’t know what’s happening. It’s really important to be able to look at your data and examine it. If you don’t, then it’s not going to happen.”As a result of Hentel’s finding, the department implemented dose-tracking software and has been able to show lower-dose utilization since.

Another part of the process of creating a low-dose culture is empowering staff, Hentel says. At Weill Cornell, the lead technologists are responsible for implementing low-dose protocols. “We empowered some of our lead technologists to set the parameters so that physicians weren’t going in and changing or modifying them,” he explains. If a physician wants to change a protocol, either Hentel or a lead technologist must unlock the settings.

While the settings are locked, they are reviewed regularly to confirm they are up-to-date and at the lowest possible dose capable of obtaining diagnostic-quality images. The vendors’ application specialists assist with the review. “It’s a lot of work to review every single protocol we have on every one of our machines,” Hentel says, but it’s a necessary part of the program for it to be successful.

Like Hentel, Ciancibello believes it’s important to involve the department’s technologists from the get-go. “I’m a technologist by trade, and we’re typically pretty easy to get along with,” he says. “If you involve us initially and tell us what you’re after and involve us in the process early up front, it makes the whole process so much smoother. It’s going to be a much easier sell that way vs. walking in and saying, ‘Hey, do this’ and then walking out of the exam room.”

Ciancibello, whose health system uses a mix of Philips and Siemens scanners in its dose reduction strategies, says some technologists can be confused when they see the image quality change. “They may think they’re doing something wrong, and that they’re not doing right by the patient. When they don’t under- stand what’s happening, they begin to question, and things can snowball out of control that way.” That’s why it’s critical to explain to technologists why they have been told to use the parameters and body shields they have and that changes in image quality are acceptable. “It’s an easy sell if you do it right,” he says.

Poston believes it’s important to include the technologists not just in day-to-day operations but also in long-term planning and decisions. McLeod Regional recently acquired Toshiba’s Aquilion ONE CT scanner for its emergency department, general radiology, and cardiac exams.

Having the Aquilion ONE enables the hospital to participate in Toshiba’s PROTECT program, a three-year, comprehensive CT radiation dose management program that combines technology with education and support to be sure that patients are scanned at the lowest dose possible while still getting diagnostic-quality images.

As part of the program, Toshiba’s experts review the system’s hardware and software then consider implementing additional dose reduction technologies. Choosing the right equipment is important for creating a low-dose radiology department, and keeping the technologists informed helps keep staff conscientious, Poston says. To take full advantage of what’s available, it helps when everybody understands why they do what they do, he notes.

Hentel also believes it’s ultimately important to create a low-dose culture where technologists believe their concerns will be heard and addressed appropriately. They need to feel that the physicians are approachable, and that their input is valuable, he says.

Education is another major part of creating a low-dose culture, and it involves not only department staff but also referring physicians and patients. “Everyone in the practice has to be educated about your dose reduction program,” Hentel says. At Weill Cornell, the staff is formally educated about any new technologies or capabilities “and that goes a long way in making full use of our low-dose technologies,” he explains.

McLeod Regional holds lunch-and-learn sessions for refer- ring physicians so they are aware of and can take advantage of the facility’s low-dose technology and protocols. The radiology department also has a liaison who visits area medical practices and tells them about McLeod Regional’s low-dose efforts, Poston says. Maintaining a close relationship between the department’s radiologists and the physicians ordering the exams keeps everyone on the same page, with the same low- dose goals, he says.

Using lower-dose protocols and technology is only part of a successful dose reduction program. Facilities also must be sure that every exam performed is necessary and the most appropriate for the clinical question being asked. “Reducing dose 25% to 45% on each individual scan is great,” Hentel says, “but you can save a patient from any exposure if you eliminate an exam that isn’t necessary.” As part of its low-dose efforts, the Weill Cornell radiology department consults with the physicians requesting CT or fluoroscopy exams. “If a study is inappropriate or there’s a safer way to do it, we provide that information to the physician when he’s ordering the study,” Hentel says. Some physicians like to make all their own decisions, and some will gladly defer to radiology to determine the best imaging for a particular clinical question, he says.

Weill Cornell also has a dedicated radiology consultation service that provides ordering assistance. If physicians have questions when ordering an exam, they can call the service’s number and speak to a provider. “Within a minute, they will get an answer from someone with medical expertise,” Hentel says. “It’s usually a midlevel provider, a radiologist assistant, and she will conference in the appropriate subspecialist if necessary.”

The referring community seems to appreciate the service, Hentel says, and it helps create a culture where it appears that everyone is trying to achieve the same thing: “to do what’s best for our patients.”